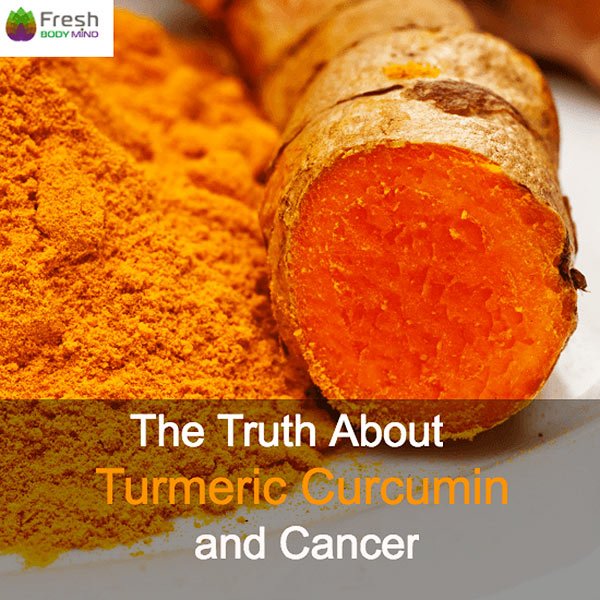 Every day there seems to be a new claim for a miracle cancer-fighting food. It's getting increasingly difficult to sift the wheat from the chaff. But while we don’t yet have a magic bullet in the fight against cancer, there is one food that’s got people talking – turmeric curcumin.

Containing the active ingredient curcumin, turmeric has been the subject of countless studies into the prevention and treatment of all kinds of cancer, including breast, stomach, liver and colon. And while researchers have yet to conclude on the full benefits of this superfood, the results are promising.

Curcumin and Cancer: What’s the Link?

Turmeric’s cancer-fighting potential lies in one of its active ingredients: curcumin. This extracted compound is responsible for the spice’s bright orange color, as well as its many health benefits. Boasting a whole load of anti-inflammatory and antioxidant properties, curcumin has been shown to help prevent and treat illnesses ranging from arthritis to Alzheimer’s.

However, it is this powerful compound’s potential in the prevention and treatment of cancer that is currently intriguing researchers. The first clue that turmeric curcumin may play an active role in the prevention of cancer is the fact that rates of disease are far lower in South Asian countries. While there are a few possible explanations for these statistics, there does seem to be a very convincing link – in those places where the cancer rates are lowest, the consumption of turmeric is at its highest. In fact, one study confirmed that rates of certain types of cancer are lower in countries where people consume an average of 100 to 200mg of curcumin a day, whether it’s through cooking with turmeric or using the spice in traditional medicines.

But it doesn’t stop there. Clinical trials have attempted to pin down the exact reason why curcumin appears to be so effective against cancer. According to a recent research review the answer might lie in its high levels of polyphenol, which could play a part in suppressing tumor initiation, promotion and metastasis.

Of course, curcumin is not a perfect cure or protection against cancer – but then again, no food is. Instead, studies suggest that when combined with chemotherapy, the compound could enhance the effects of the treatment. This was certainly the case in a 2013 international laboratory study, which looked at the effects of a combined treatment with curcumin and chemotherapy on bowel cancer cells. The researchers concluded that the combined treatment might be better than chemotherapy alone.

Another promising 2009 study explored the effect of curcumin on esophageal cancer cells. The results showed that the curcumin started to destroy the cancer cells within 24 hours. While more research needs to be carried out, studies like these hint at the potential of turmeric in the prevention and treatment of all kinds of cancer. So watch this space.

Before you stock your shelves with grocery store turmeric, remember one important fact: the majority of these studies have looked at the benefits of concentrated curcumin in laboratory conditions. This means that you’re not necessarily going to enjoy all the benefits of curcumin, just by adding an extra sprinkling of the spice to your food. To get the most powerful turmeric supplement look for a 95% Curcumin extract such as TRUCURC.

So to get the most curcumin for your buck, look out for pure and potent turmeric. Then get creative with how you use it! From smoothies to soups, there are plenty of ways to add some extra spice to your life – as well as a good helping of health benefits. To learn how to choose the best turmeric supplement you can read our article here.

Read more about the health benefits of turmeric.