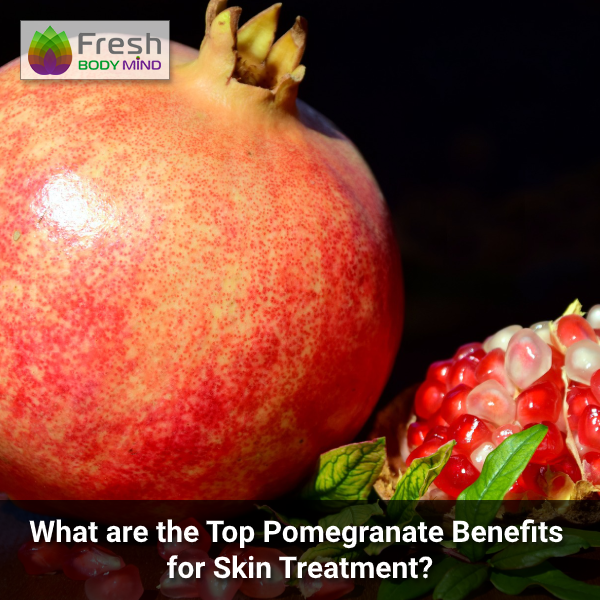 What do you think is the largest organ in your body? Or should we say outside?

It turns out skin is the largest organ in the human body, and for the average person, their skin has a surface area of 1.5 to 2 metres. The visible skin that you see on the surface is known as the epidermis. It’s a protective layer, covered in sweat pores and hairs, both big and small.

Skin is like a canvas for your body, and everything you do can have an enormous impact on the health of your skin, whether that’s simply through the natural ageing process, exposure to sunlight or adverse environmental conditions.

You only get one layer of skin, although it does have regenerative properties, and it’s perfectly normal to see it changing as you grow older. If you’re curious to see what can be done to maintain healthier skin, read on to learn about the tangible benefits for skin health using pomegranate.

The skin is able to maintain stretchiness and something of a glow when you’re younger. This is thanks to the production of a protein called collagen. Collagen is a tough fibrous protein which helps your skin stay stretchy and have elasticity. However, as you grow older, your body begins producing less collagen.

One of the obvious signs of this slowdown in collagen production is that skin begins to sag and wrinkles can start to develop. Many of us may prefer to leave the body as it is while we age, but many of us wonder what we can do to maintain that youthful glow, and hold back the ageing process, just as long as the body will allow.

It might be time to consider consuming pomegranate for skin glow improvements. That’s because there’s scientific evidence to suggest it contains essential nutrients beneficial to skin health, making it just the fruit you need to stay on top of maintaining healthier skin.

A study was carried out in South Korea, and published in the Experimental and Therapeutic Medicine Journal in 2017, to see whether there was any benefit from consuming powdered pomegranate juice for skin. The study aimed to determine whether it had any noticeable anti-ageing properties, using a group of hairless mice, when gently exposing them to different types of environments.

The mice were all exposed to ultraviolet B-rays (UVBs) for a period of 15 weeks, while being given doses of pomegranate juice in a concentrated powder form. Long-term exposure to UVBs, found in natural sunlight, is known to cause damage to cells, depleting collagen in the skin, causing a condition called photo-ageing. 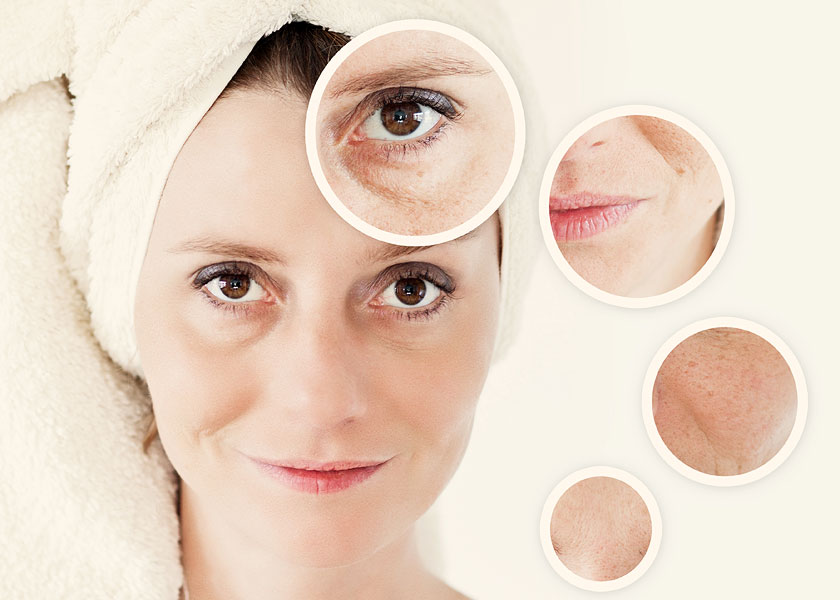 Imagine the hundreds of skin creams or lotions out there in the stores, which tout clearer complexions and more wrinkle-free skin. Just how effective are they? That will be up to you to decide. But something worth trying for a change is drinking pomegranate juice for skin improvements, at least once a day.

Not only can pomegranate juice protect your skin from lasting damage caused by UVBs, but it can also protect against more complicated forms of skin tissue damage that are impossible to observe with the naked eye.

An article published in the Scholarly Journal of Food and Nutrition in 2018 revealed that the ellagitannins found in pomegranates can inhibit the damage done to skin by free radicals. Not only that, but tannins can protect against DNA fragmentation and even help inhibit depigmentation of the skin itself, in concentrations of 500 to 10,000mg.

Issues like DNA fragmentation are a sign of cells that are dying and unlikely to regenerate, as the very strands of DNA that reside in the nucleus of each skin cell begin to disintegrate one by one, like strands of fabric coming apart and unravelling.

Depigmentation is another major issue, as left unchecked, it can radically change your complexion over time.

Many forms of treatment for skin depigmentation can reverse the effects of the condition, but often leave the skin even more fragile than it was before. It makes sense to protect your skin as soon as possible, without having to resort to risky treatments that might have unintended side-effects - why not make a start today, by drinking pomegranate juice for skin whitening that remains more resilient and clearer for longer?

One of the aforementioned issues that often cause damage to tissues including skin cells is oxidative stress. Free radicals accumulate in the body, causing inflammation of cells, which in itself can cause collagen fragmentation, ageing your skin much quicker than normal. In addition, this kind of tissue damage raises the risk of more life-threatening conditions like skin cancer.

With a glass of pomegranate juice each day - as part of a healthy and balanced diet - the naturally-occurring tannins within the juice could help put your body back on an even keel, preventing the likelihood of an overbalance of free radicals and the damage they could do to your skin as a result.

Pomegranate juice could be just the tonic for healthier skin - if you wish to retain that glow and vibrancy for your skin, this super-juice is laden with just the essential nutrients you need to do that.

Always compare and contrast the different brands of the juice that you find in a store or online to make sure you’ve found a purer form of it, as much of the tangible benefits we associate pomegranate juice with skin for tend to involve the more concentrated forms of the fruit or its juice.

With so many varieties of this deep-red bittersweet juice available on the market, you’re spoilt for choice.