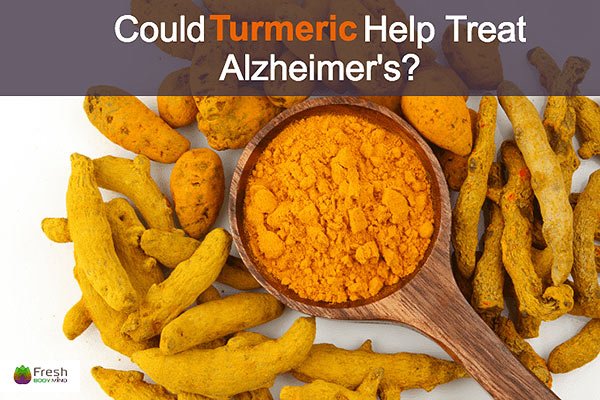 Alzheimer’s seems like an undiscriminating disease, often affecting individuals who appear both physically and mentally healthy. Considered the most common form of dementia, a diagnosis of the disease can be devastating for patients and families, who are left without much power to slow down its progression.

But while it may seem like there’s little to be done to prevent the disease’s onset, scientists have discovered something interesting: globally, the rates of Alzheimer’s differ hugely.

Whereas dementia is now the leading cause of death in the UK, in rural India there is a far lower incidence of cognitive diseases such as Alzheimer’s. Why? Well, scientists suggest that not only are people more likely to eat less meat and more brain-healthy beans and grains, but they consume one spice more than any other: turmeric.

What is Alzheimer’s Disease?

Alzheimer's disease, a form of dementia, is defined as a serious loss of cognitive function beyond what is expected from normal aging. As the disease progresses, proteins form in the brain to form structures called ‘tangles’ and ‘plaques’. This buildup causes nerve cells to lose their connections, leading to the eventual death of the cell and loss of brain tissue.

On top of this, Alzheimer’s sufferers also have a shortage of some chemicals in the brain. Without these important chemicals, the brain struggles to transmit signals to other parts of the body.

How these neurological changes play out in everyday life differs from person to person. For many, symptoms will initially be mild. They might notice memory lapses or struggle to organise things, but over time these moments of forgetfulness can develop into significant memory loss, making day-to-day activities impossible.

How Could Turmeric Help?

With the rate of Alzheimer’s expected to quadruple in the next 35 years, the search for a successful treatment, or even cure, is well under way. And it’s not just man made drugs that are the focus of research, but natural treatments like turmeric too.

There have been many promising studies into the use of turmeric (or more specifically, curcumin) in the treatment of Alzheimer’s, with one of the most interesting taking place in 2015. Published in the British Journal of Nutrition, the year-long trial found evidence suggesting that curcumin can block the beta amyloid protein, which clumps together and destroys neurons.

In the study of 96 middle-aged and elderly people, those taking curcumin for six months suffered far less decline in mental function than those taking the placebo pill.

And it’s not just curcumin that’s good for our brain. Turmerone – another compound in turmeric – has also been shown to have a positive impact in preventing neurodegenerative disorders. In animal studies, this chemical has been shown to stimulate stem cells to make new brain cells – a process that could potentially help prevent Alzheimer’s. Although far more research needs to be carried out into the wide-reaching benefits of turmeric, studies such as these provide hope that there could be natural help available for those at risk of developing dementia.

If you want to choose the best turmeric supplement choose one with a 95% Organic Curcumin Extract such as TRUCURC.

5 Ways to Keep Your Mind Healthy

1. Take a Dose of Turmeric Powder a Day

Consuming one teaspoon of turmeric powder everyday can do wonders for your brain. And you don’t have to take it in supplement form – A recent BBC study found that adding a spoonful of turmeric powder to your cooking each day can have a significant effect on your health.

A recent study from the Salk Institute of Biological Studies shows that a plant compound found in some fruits and vegetables may help ward off Alzheimer’s disease. Strawberries, cucumbers, mango and apples have some of the highest amounts of the compound.

High blood pressure doesn’t just put strain on your heart – it can lead to cognitive decline too. To keep your blood pressure under control, remember to exercise regularly, eat healthily and limit alcohol consumption.

A recent study from King’s College London found that brain training can significantly boost cognitive function in people over 60. So flex those mental muscles with puzzles and memory games.

5. Reach for the Berries

Recent studies have shown that the phytochemicals in berries can play an important role in fighting dementia, providing antioxidant protection against arteries and neurons. Each type of berry contains different beneficial nutrients, so eat a wide variety to keep your brain in top shape.