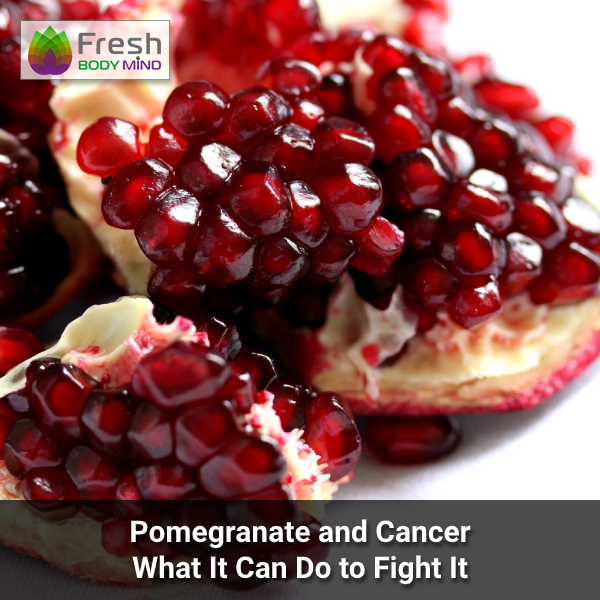 In 2018, it was estimated that the average American had a one in three chance of developing cancer over the course of their lifetime. The risk of dying from some form of cancer is slightly less likely, at one in five, but nevertheless, a high percentage of the population could be at risk.

Breast cancer is officially the most common form of the disease, with over 270,000 new cases expected in 2019 alone. This is followed by prostate and lung cancer. Many cancers, including breast cancer cells and colorectal cancer, can be caused by genetic factors, or environmental stressors.

As more of us seek to find ways of staying healthier for longer and avoiding heart disease, pomegranates could serve as the ultimate fruit to help in the fight against cancer, and there are a growing number of studies exploring how this fruit can be effective in countering the various forms of it.

Let’s explore the world of pomegranates and their cancer-busting properties.

Effects of Pomegranate Juice and Cancer - Packing a Punch

Cancer has been the second leading cause of death in the United States for a number of years. We should start looking at what can be gained from the inclusion of pomegranates into our diets, as they have a number of properties that make them suitable to help with cancer prevention.

Cancers are typically caused by mutated cells gaining a foothold in a specific part of your body. The mutated cells might multiply or metastasize into a tumour, which, if left untreated, has the potential to spread its cells to other parts of the body.

Cancer is strongly connected to inflammation, as chronic inflammation of cells is known to cause damage to the coils of DNA contained within a cell’s nucleus. Damage to the DNA in our cells increases the likelihood of cell mutation and, by extension, cancer. Once the process begins, cancer and inflammation feed off one another, helping worsen a condition.

In a study examining the interaction between pomegranate extract and cancer, the juice has been seen to pack quite a punch.

Armed with antioxidants and anti-inflammatory qualities, a 2009 edition of the journal Nutrition and Cancer published an article, claiming that pomegranate juice had antioxidant concentrations three times higher than those seen in red wine and green tea.

The article also explored how extracts of pomegranate and colon cancer interacted. It suggested that pomegranate punica granatum juices were found to contain enough polyphenols to help disrupt the modulation of inflammatory signals within colon cancer cells.

The Anti-Cancer Properties of Pomegranates

Cancer cell growth tends to grow faster than regular cells, requiring treatment to be quick and often highly intensive, but this can leave many people wondering whether there’s anything they can do with their diets, to help improve their condition and limit the amount of intensive treatment required.

A review published in the journal Oncology Reviews in 2018 set out to evaluate the specific features of the pomegranate fruit that might reveal its role in the prevention and treatment of various cancers. 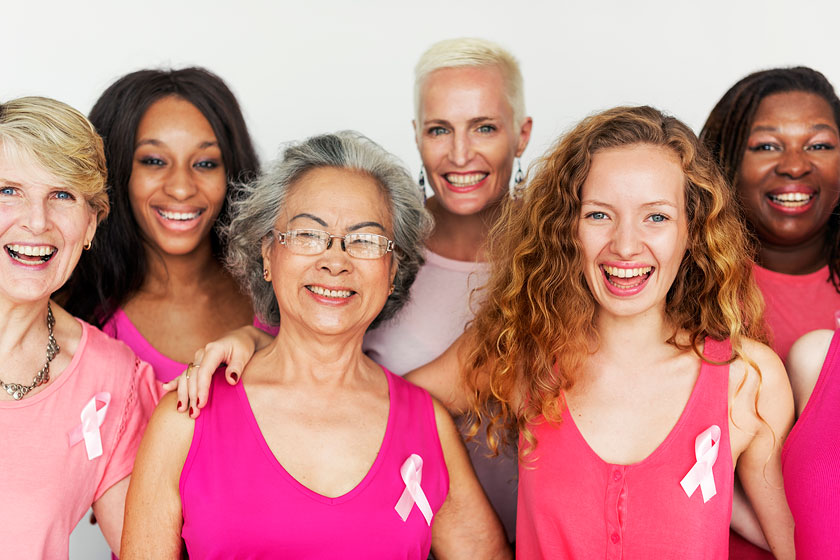 Looking at elements of the fruit, including the peel, oil and juice, the review noted that its anti-inflammatory properties may have some role to play in its ability to interfere with tumour cell proliferation. Acknowledging the limitations of chemotherapeutic regimens at present, the review suggested that there is currently a shift towards finding more natural compounds, to help prevent and treat cancers in the future.

In a Phase II clinical trial referred to by the review, which observed the interaction between extracts of pomegranate and prostate cancer tumours, the juice itself was seemingly able to prolong the doubling time of prostate-specific antigens or PSAs. Prostate cancer is often diagnosed through the measurement of these PSA levels, and a rapidly rising PSA number indicates that the tumour is growing.

By prolonging the doubling time of these PSAs, it suggests that pomegranate extract does something on a fundamental level through signaling pathways to slow down the rate of prostate cancer tumour growth.

The benefits seen from regular consumption of pomegranate juice don’t just stem from the aforementioned reasons. Pomegranates are also something of a Vitamin C goldmine. Just a single glass of the juice delivers more than 40 per cent of your recommended daily intake of Vitamin C.

But how does this relate to cancer?

The cells that comprise virtually all living things contain structures called mitochondria, which act as effective powerhouses, instructing each cell to behave in a certain way. As mentioned before, cancer cells are, by design, mutations.

Their mitochondria are faulty, forcing them to produce unusually high levels of so-called redox-active iron molecules. When these molecules react with Vitamin C, they form a number of free radicals which can do particular damage to the DNA within those cancerous cells. This cellular damage can make cancer cell growth more vulnerable and easier to kill off using chemotherapy and radiotherapy.

Pomegranate extracts can come in many varieties. The purer the better - as with many juices, drinks brands often dilute the primary juice in a product, and bulk it up with cheaper alternatives, purely for economic reasons. This has the side effect of causing consumers to miss out on the benefits to be had from trying the real thing.

When looking for a brand of pomegranate juice to try, always make sure to read the label, and try to find the purer varieties, as this ensures that the product will have undergone minimal filtering or diluting, giving you all the nutritional benefits we’ve outlined above. Found a brand, where the pomegranate juice tastes a bit bitter? Then you’ll know it’s purer than others, as that will be the polyphenols, doing their thing.

The field of study into the health benefits to be had from pomegranates, especially when it comes to the prevention and treatment of cancer, is expansive, and consumers are showing increasingly open minds, in including pomegranates to their diets. Why not make today the day when you add it to yours too?

Pomegranate and Cancer – What It Can Do to Fight It?