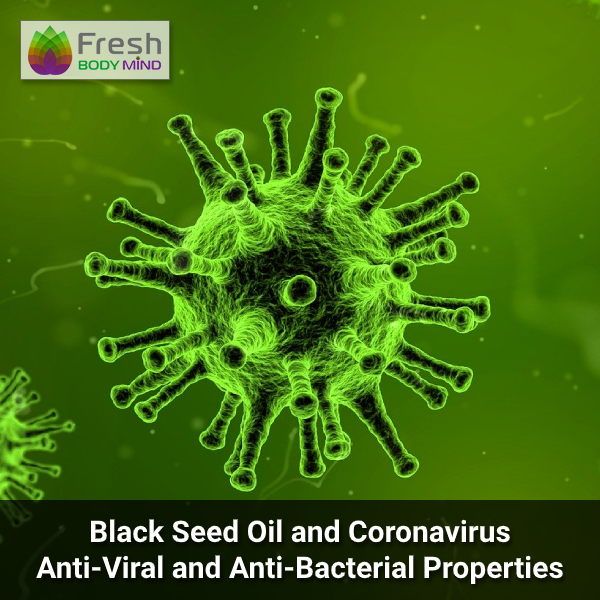 The growing COVID-19 pandemic is prompting a growing number of Americans to ask about new and innovative ways to bolster their immune systems in order to reduce the likelihood of catching coronavirus or other viral or even bacterial infections.

Black cumin or black seed oil, derived from the seeds of the nigella sativa plant, has been used for thousands of years by people including the ancient Egyptians, as a means of helping boost immune systems and maintain healthy skin.

Let’s explore the anti-viral and anti-bacterial properties that make black cumin oil a supplement worth considering for yourself.

Anatomy of a Virus

Before we go into detail about the anti-viral properties of black cumin oil, it’s important to understand what viruses are first.

Viruses are microscopic bundles of genetic information, encased in a protein shell, which latch onto healthy living cells. They aren’t technically considered living organisms, but display curious tendencies reminiscent of an actual organism.

For example, once they latch onto living cells, viruses try to infect them by injecting them with their own genetic information. The cell is effectively hijacked and forced to help create multiple copies of the virus, after which its cell wall bursts.

Newly formed viruses are released into the body. Each seeks a new host cell to latch on to in order to reproduce, repeating the cycle over and over again. 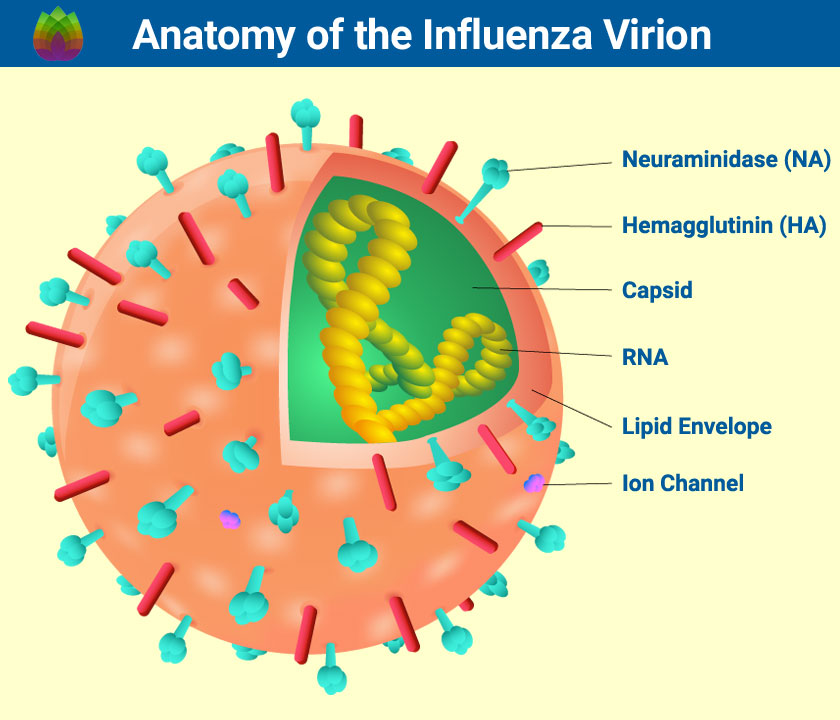 Fortunately, our bodies are equipped to fend off a number of viral infections. Our white blood cells are able to use proteins called antibodies to trap viruses, neutralizing them before they can do any more damage to our cells.

In addition, parts of our body secrete cytokines, special proteins which act effectively as your body’s alarm system, signalling molecules to prompt white blood cells to attend to sites of inflammation or infection.

One of the key components of black seed oil, thymoquinone, is a compound which is believed to possess a great number of antioxidizing and anti-inflammatory properties. Naturally occurring chemicals called free radicals often build up in the body and cause oxidative stress, which does much damage to living tissue over time, if left unchecked.

A study published in the Iranian Journal of Basic Medical Sciences in 2014 found that a patient with the viral infection Hepatitis C showed a significantly decreased viral load in their body and reduced signs of oxidative stress in their bodily tissue after having been given capsules of black seed oil for a period of three months.

Not only is it possible that the oil of the nigella sativa plant can help fortify your immune system against viral infections such as Hepatitis C - a study published in the Journal of the Saudi Society of Agricultural Services in 2016 aimed to see whether using black cumin seeds as animal feed would have any impact on birds infected with bird flu, otherwise known as avian influenza or H5N1.

While some of the infected birds received regular animal feed, those with bird flu which were fed Nigella sativa seeds showed fewer signs of viral shedding (the process of viral reproduction), as well as greater cytokine gene expression. This all suggests that black seed oil and even the black cumin seed itself have profound antiviral properties, helping reinforce the immune system, as it fights against viruses.

Not only is there growing evidence that black seed oil is an incredibly potent supplement with notable antiviral properties, but scientists are also discovering that both the seeds and the oil possess antibacterial properties.

Whereas viruses are seemingly lifeless particles, bacteria are one of the oldest forms of life on Earth.

Not all forms of bacteria are bad - in actual fact, some have symbiotic tendencies, such as those which are integral to your overall health as part of your gut flora. However, some bacteria are parasitic and pathogenic, meaning they are infectious and powerful enough to cause harm to your body.

Staphylococcus aureus, or S. aureus, can become an opportunistic pathogen, causing food poisoning, or respiratory infections, if allowed to spread unchecked. Fortunately, there is evidence to suggest that Nigella sativa seeds have a part to play in keeping S. aureus in check.

In 2011, the African Journal of Traditional, Complementary and Alternative Medicine published an article detailing a study in which ground Nigella sativa seeds were mixed with water and fed to people with a number of bacterial infections, including S. aureus, E. coli and Enterobacter.

The proliferation of S. aureus was greatly reduced in patients given ground black cumin, and the article suggested that this was as a result of the naturally occurring thymoquinone and melanin within the seeds.

COVID-19 and Other Viral Infections

The current COVID-19 outbreak is a strain of coronavirus believed to share similar characteristics to the SARS virus which had one notable outbreak in 2003. The common cold is caused by what virologists refer to as a rhinovirus.

COVID-19 is termed a coronavirus, as the virus particles themselves are round in shape, with a “corona” or crown-like array of spikes on their surface. Academic research on the effects of black seed oil on coronaviruses is virtually non-existent, as researchers are yet to carry out studies into the oil’s effectiveness in combating this type of virus.

As a result, it is impossible to guarantee that black seed oil will actively help defend you against COVID-19 or other strains of coronavirus. What is certainly clear, however, is that there is growing evidence to suggest that the oil has been useful in helping limit the proliferation of other forms of viral or bacterial infection so far.

What is undisputed is that black cumin oil contains thymoquinone, a compound which is known to display anti-inflammatory and antioxidant effects, helping protect bodily tissues from damage. Black seed oil is an incredible supplement, and could be just what you need to bolster your immune system, no matter what the world throws at it.

Other Properties of Black Seed Oil

Not only is there evidence that oil from black cumin seeds can strengthen your immune system, in the fight against viral and bacterial infection. An article published in the European Review for Medical and Pharmacological Sciences in 2013 explored the impact of black seed oil on rats exposed to bromobenzene, a chemical which damages the liver.

The chemical is a contaminant residue that sometimes makes its way into the food chain by accident, causing hepato-renal injury over a prolonged period of time. Rats experiencing this kind of exposure, which were fed black seed oil, showed credible signs of improved liver and kidney health over time.

The researchers who conducted the study believed the oil helped enhance the hepato-renal protection mechanism. This helped limit the complications from damage caused to the liver and kidneys, and even delayed its progression.

It is also highly likely that black seed oil has a use in possibly preventing or controlling diabetes, through its interaction with the body cells responsible for managing blood sugar levels. In 2011, the Journal of Endocrinology & Metabolism published a paper which claimed the oil could help diabetic people manage their condition. This is because it was found to reduce appetite, and help simulate glucose-induced secretion of insulin from beta-cells in the person’s pancreas.

Last but not least, it is likely that the oil derived from seeds of the Nigella sativa plant have a part to play in managing blood cholesterol levels. A study published in a 2008 edition of the Fundamental & Clinical Pharmacology journal revealed how Nigella sativa seed extract could reduce systolic blood pressure in patients experiencing mild hypertension.

Patients who consumed the black cumin extract showed lower levels of diastolic blood pressure as well. Cholesterol, which comes in both high-density and low-density lipid form, showed promising signs of being kept under control. Nigella sativa extract consumption helped reduce the volume of low-density lipids over time, meaning it has a role to play in maintaining healthy blood pressure and minimizing the amount of “bad” cholesterol in your bloodstream.

To discover more about how BSO can help you, we recommend you read:
The Definitive Guide to Black Seed Oil 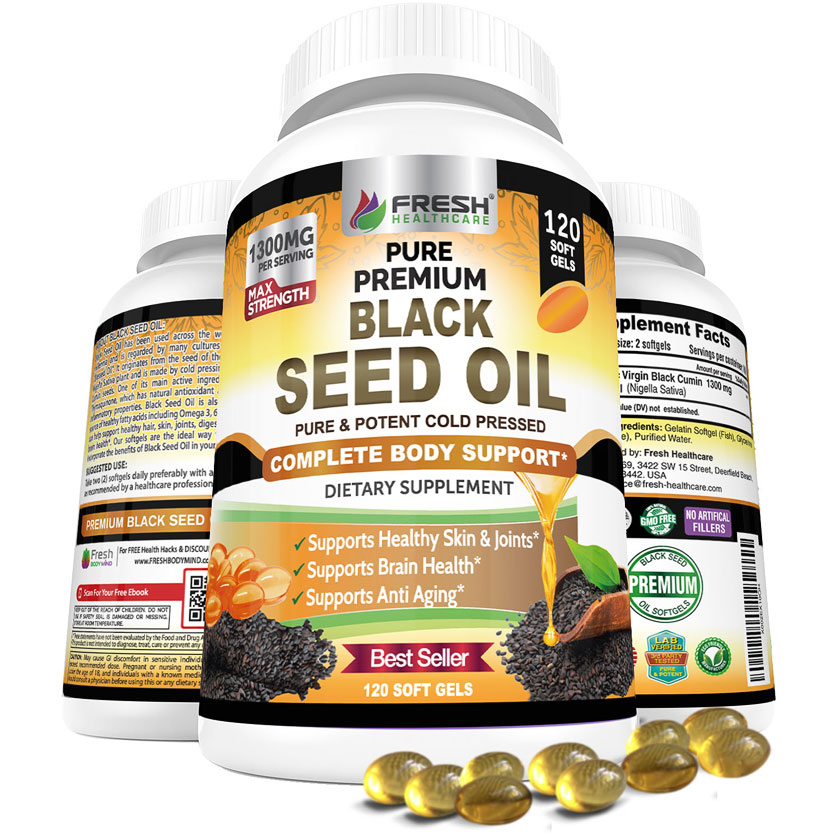 Please note this product is not intended to diagnose, treat, cure or prevent any disease. The efficacy of this product has not been confirmed by FDA-approved research. Currently there are no FDA or WHO -approved therapeutics or drugs to treat, cure or prevent COVID-19.
Sign Up Today for FREE Healthy Lifestyle Hacks, FREE Recipes & Exclusive Discounts on Superfoods & Health Supplements!