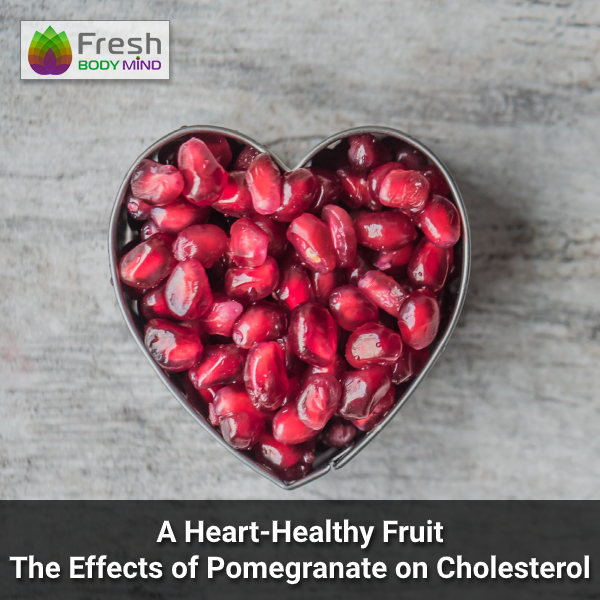 Before we dive into the effects of pomegranate on cholesterol and heart health, did you know that just under a third of all Americans have what are considered to be high levels of cholesterol? To put that into raw figures, that means 102 million Americans aged 20 or older are estimated to have cholesterol levels of as much as 200 milligrams per decilitre (mg/dL) of blood.

Almost 40 million of Americans have cholesterol levels as high as 240 mg/dL, putting them at a far higher risk of heart disease than the average healthy American.

Cholesterol is a substance that is necessary in small amounts in our blood stream, as it helps maintain the structure of cell membranes. It is also vital, as it helps our bodies produce Vitamin D. However, in excessive amounts, it has the potential to block up blood vessels, raise blood pressure and increase the risk of heart attacks and strokes.

Americans are increasingly curious to see whether pomegranates can be included as part of a healthy, balanced diet, in order to help them reduce unnecessary levels of cholesterol and maintain a healthy heart.

The Effects of Pomegranate on Cholesterol - More of the Good

Pomegranates are the perfect fruit for maintaining a healthy heart. A number of documented studies have explored the ways in which the fruit can provide a concentrated dose of antioxidants, chemicals which prevent chain reactions on a cellular level, protecting cells from damage and reducing cholesterol.

The good cholesterol is tasked with seeking out and removing bad cholesterol from the bloodstream, and antioxidants, such as those found in pomegranates, help top up your body’s supply of it, to keep the levels of bad cholesterol in check.

If you’re curious to know exactly what form these antioxidants take, they include chemicals like tannic acid, which helps give pomegranates their bitter taste. Don’t let the taste put you off: the more bitter the juice, the higher the concentration of tannins, and the healthier it could be to avoid heart disease, as tannic acid helps regulate the supply of good cholesterol.

Although the tannic acid might make pomegranates taste like unripened fruit, scientists just believe tannic acid is just a defense mechanism plants use to dissuade herbivores from eating them.

From what it seems, pomegranates look like the perfect antidote to problems related to cholesterol.

However, it’s always important to do adequate research and avoid rushing to make new additions to your diet, especially if you are taking specific forms of medication to help treat heart conditions. This is important, as some fruit juices have been known to cause complications and even interfere with the way certain medications work.

For example, it has been observed that grapefruit juice contains chemicals which could inhibit the metabolization of statins. Statins ensure that those with a higher risk of cardiovascular disease keep LDLs, bad cholesterol, at low levels, to help maintain a healthy heart.

Two years ago, it was estimated that 28 per cent of Americans aged over 40 took statins, according to the Centers for Disease Control and Prevention, making it incredibly important that people are mindful of the way certain products could impact their health.

Thankfully for those interested in seeing what this means for pomegranate and cholesterol medication, a study published in the European Journal of Drug Metabolism and Pharmacokinetics in 2016 concluded that the fruit didn’t appear to have what was deemed to be an inhibitory potential, when test subjects were given samples of pomegranate juice, having also been given doses of simvastatin, a lipid-lowering medication.

This means that glass a day of juice should help keep your cholesterol in check, without affecting any of the existing medication you might be taking to help manage your condition. 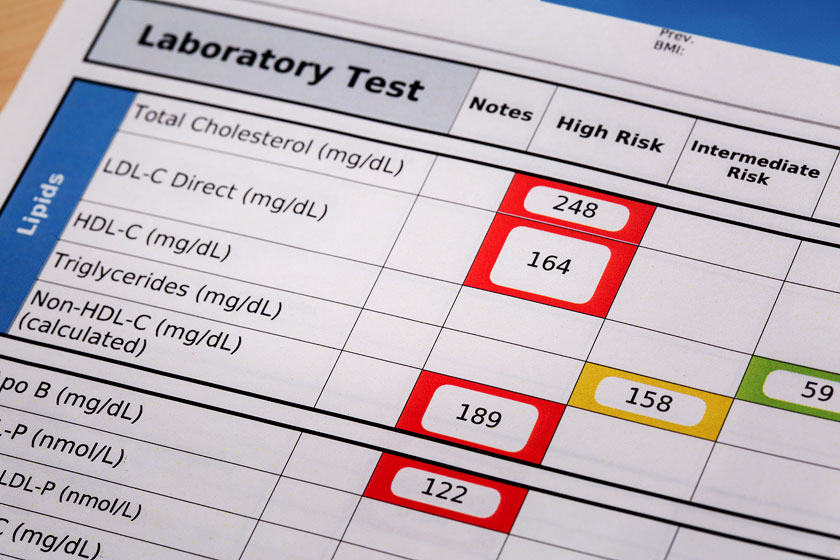 Not all of a pomegranate is actually edible, such as the pulp or the skin of the fruit itself, but even these parts can have a possible part to play in maintaining healthier cholesterol levels.

There is evidence to suggest that even that can yield some kind of health benefit for those with high cholesterol. In 2009, the Pakistan Journal of Nutrition included details of a study, in which 40 hypercholesterolemic male rats were evaluated.

Some of the rats were given extracts of pomegranate in varying amounts, some given powdered pomegranate peel and a final control group were given no samples of pomegranate in any shape or form. Over a period of four weeks, scientists monitored the rats, taking blood samples to see whether lipid levels had changed significantly, depending on the way they had been fed.

Results from the study suggested that adding pomegranate extracts to the diets of some of the rats had indeed led to what was deemed a highly significant decrease in the levels of lipids (excluding LDLs) in their bloodstreams.

In conclusion, studies suggest that the pomegranate peel powder or the fruit extract could demonstrably help modify the risk of hypercholesterolemia.

Imagine that – with just a daily glass of juice, cholesterol levels can be potentially kept in check. But as always, make sure to read the label, and keep an eye out for the sugar content of any juice you buy, if you’re trying to maintain a healthier heart, and keep cholesterol under control.

Consumption of drinks containing more added sugars could potentially increase the levels of lipids called triglycerides in your bloodstream. Any additional sugar you consume which can’t be burnt off straight away gets converted by your body into triglycerides.

An excess of these lipids building up over time can lead to an increased risk of hardened arteries, heart attacks and strokes. This might offset some of those pomegranate juice cholesterol benefits that you were looking for. That’s why it makes sense to shop around, having done adequate research and make sure you go for a product with lower sugar levels, to feel the benefits to be had from this incredible fruit.

The Effects of Pomegranate on Cholesterol