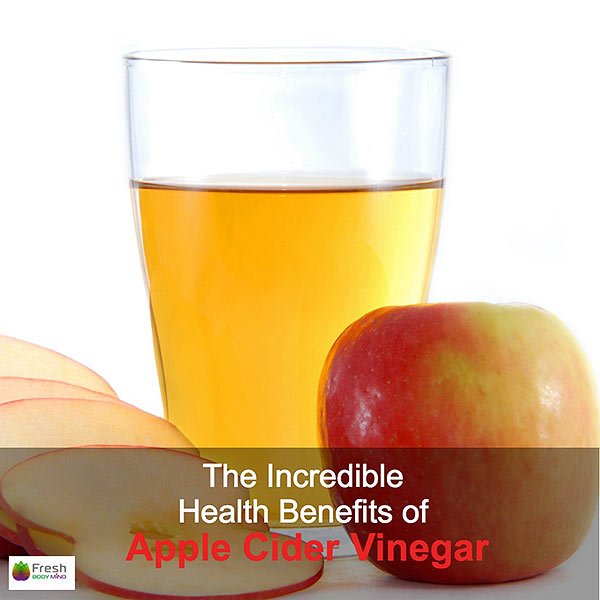 ‘Have you tried Apple Cider Vinegar for that?’ is a common response to countless medical complaints, from hiccups to high cholesterol. This health-boosting elixir has long been rooted in traditional medicine and although not all claims are backed up by scientific research, there are plenty Apple Cider Vinegar benefits.

So, is apple cider vinegar really a one-stop cure for common ailments? And if so, what makes it so special?

What is Apple Cider Vinegar?

Apple Cider Vinegar is often used to treat minor health problems, but evidence suggests it could be effective in warding off serious illnesses too. Although research is limited, one small-scale Harvard study showed that women who ate salad dressings with vinegar tended to have a lowered risk of heart disease. Researchers believe this could be down to the acetic acid produced during the fermentation process.

The antibacterial properties of vinegar have been known for millennia – in fact, Hippocrates used vinegar for cleaning wounds over a thousand years ago. But with the advance of modern medicine, we now know exactly how and why it works. As well as keeping bacteria at bay, apple cider vinegar also actively kill pathogens, making it a useful treatment for fungal infections.

A dose of diluted apple cider vinegar applied to the skin is often suggested as a treatment for acne, whilst a foot soak in a vinegar solution may also be effective for treating unpleasant fungal infections like athlete’s foot. Or for those trying to shift troublesome warts and verrucas, a topical application ACV can be a useful solution. Although there have been no large-scale studies on the effectiveness of this treatment, it is likely that the acidity of acid cider vinegar eliminates the alkaline environment that fungus needs in order to thrive.

Whether it’s the comforting warmth or the medicinal properties, a drink of lemon and honey is great for relieving the symptoms of the common cold. But to give that hot toddy an extra punch try swapping the alcohol for a shot of apple cider vinegar. Not only is it a comforting drink when you’re feeling under the weather, but it may even help fight off those coughs and colds.

So how does it work? Well, cold viruses tend to put our body into an acidic state, but the alkaline properties of ACV can help to neutralise our pH levels. This in turn gives the immune system a boost when it comes to fending off the cold virus.

High blood sugar can lead to numerous health problems further down the line, including diabetes. Although a healthy lifestyle is key to keeping blood sugar levels at a normal rate, ACV may be one way that we can give our bodies a helping hand.

In a recent study men and women suffering from type two diabetes were given a dose of Apple Cider Vinegar to take before bed with a snack. The results showed that the men woke up with noticeably lower blood sugar the next day compared to when they’d only eaten the snack with water. Similar studies have shown that those with pre-diabetes also managed to improve their blood glucose levels by taking vinegar daily.