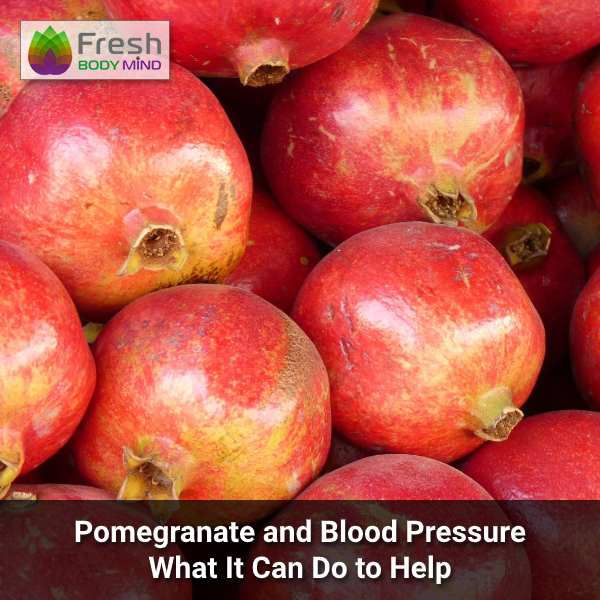 According to the American Heart Association, high blood pressure or hypertension affects up to 80 million Americans aged 20 and over each year, or as many as one in three American adults.

As with all things in life, the two pressures need to be kept in balance. A blood pressure reading is measured as the systolic reading over the diastolic - for example, a healthy patient would be expected to have a reading of between 90 over 60 and 120 over 80. A reading any higher than the latter figure means a patient may have hypertension.

Having raised blood pressure over a sustained period of time can be life-threatening, as it is associated with an increased likelihood of strokes, damage to blood vessels and great strain on the heart.

With this in mind, consumers are increasingly looking for a variety of natural remedies with health benefits that can help manage blood pressure, and even lower it back to healthier levels. Read on to learn about how pomegranate and healthy blood pressure go hand in hand.

Heightened blood pressure can be caused by a number of things. These can include being overweight, having excessive levels of salt in your diet, over-consumption of alcohol, as well as a lack of exercise or physical activity. In some cases, it is simply a result of growing older, or perhaps someone might have an underlying condition, having inherited genes that make them more likely to have hypertension.

Whatever the cause, high blood pressure puts great strain on your body, but fortunately, there is scientific evidence through systematic review, to suggest the effects of pomegranate and health benefits of pomegranate juice consumption can alleviate symptoms, when included as part of their diet.

A study on the subject of blood pressure, as published in the journal Pharmacological Research in 2017, suggested that a dose of up to 240cc of pomegranate juice provided what was termed a borderline significant effect on reducing diastolic blood pressure.

Diastolic blood pressure relates to the pressure in the arteries, at the point when the heart is resting between heartbeats. As it does so, the heart fills with oxygenated blood, enriching it with all the oxygen it needs, as it prepares for the next heartbeat.

The 2017 finding implied that there was some tangible pomegranate blood pressure benefit, and that the evidence suggested it may be prudent to include this juice in a heart-healthy diet.

We have seen that it might be worth considering pomegranate juice to regulate blood pressure, at least in diastolic terms, but what does that all actually mean? One potential way that it could alleviate forms of high blood pressure is thanks to the presence of polyphenols.

Pomegranate is rich in polyphenols, organic compounds often found in most fruits and vegetables. A study published in the Nutrients Journal in 2013 revealed that polyphenols might play a role in helping reduce oxidative stress, which the study claimed had a clear relationship with hypertension.

Tannins are one of the most important subsets of polyphenols and are especially prevalent in the skin of the pomegranate itself. A sign of high tannin levels in any pomegranate juice you drink would be if the drink has a more bitter taste, but don’t let that put you off.

You might better-associate the taste of tannins with the taste of unripened fruit. It might sound a little unappetising, but it’s actually a defence mechanism that plants have evolved to try and protect themselves from herbivores, than a genuine sign that the fruit is inedible.

You can drink your juice, safe in the knowledge that the more bittersweet it tastes, the more likely it is to have higher doses of those heart-healthy polyphenols. 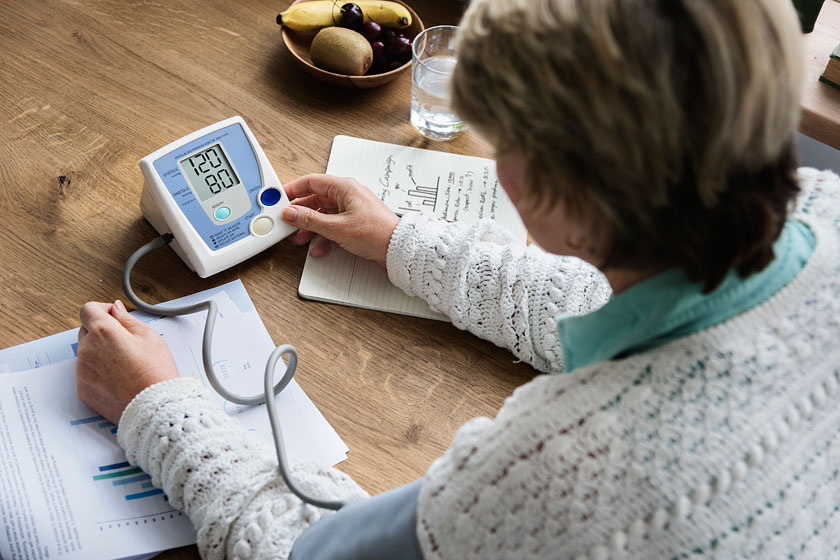 Pomegranate Juice and High Blood Pressure - How It Could Clear Arteries

Hardening of the arteries, also known as atherosclerosis, is caused by a build-up of plaque along the walls of the arteries. This narrows the blood vessels, raising the risk of higher blood pressure, strokes and heart attacks. The cells in your body would be under intense strain if you suffered from this condition, as your heart would be pumping blood around your body, but with less space within the circulatory system to do so.

Pomegranate juice could potentially help tackle the issue of high blood pressure in this case, as its antioxidant richness might help preserve and encourage the secretion of much-needed nitric oxide within the body. Nitric oxide is known for helping blood vessels relax and dilate.

Anything that can boost the levels of nitric oxide in your body could potentially ensure that hardened arteries could become less constricted, improving blood flow, and reducing overall blood pressure.

Pomegranate juice could be a new and delicious addition to your diet. Packed full of those handy polyphenols, it could also help reduce high blood pressure, thanks to it offering a huge serving of Vitamin C. Most fruits and vegetables contain some quantity of this vitamin, and we all try to fit at least five of these into our daily diet.

But take note: pomegranate juice has a particularly high concentration of Vitamin C, enough to make quite a difference.

A single glass of pomegranate juice is estimated to be equivalent to more than 40 per cent of your daily requirement of Vitamin C, and this matters when it comes to blood pressure, as this vitamin is believed to act as a diuretic. This means it may help remove excess fluid from the body, which could reduce pressure within your blood vessels.

Some brands offer powdered pomegranate juice, allowing you to make a tasty smoothie, while others offer pomegranate extract, in the form of the fruit’s edible pips, as well as capsules. There are so many ways to include pomegranates into your diet, so find a way that suits your requirements today.

For more information about this fruit and its amazing properties as a juice, check out our guide today.

Pomegranate and Blood Pressure – What It Can Do to Help