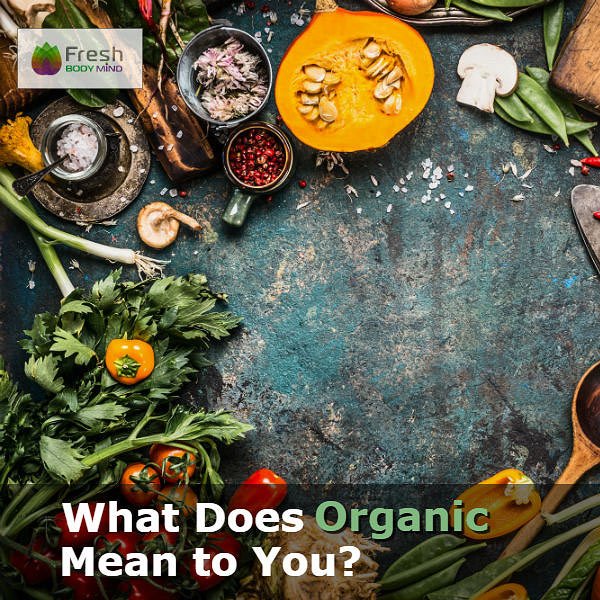 What Does Organic Mean?

The USDA says that the goal of organic food is to "integrate cultural, biological, and mechanical practices that foster cycling of resources, promote ecological balance, and conserve biodiversity."

But what do we get when we strip back this wordy definition? Put simply, organic growing is all about paying closer attention to nature. This includes using fewer chemicals, artificial fertilisers, dyes, and veterinary medicines, as a way of helping to protect the environment and sustain biodiversity.

When it comes to the products you see on the shelves, the "USDA Organic" seal means that at least 95 percent of the contents have been produced to these certified standards. The remaining 5 percent may only be processed or grown using additives on an approved list.

The History of Organic Food

Turn the clock back a century and almost all food was organic by today’s standards. It was the introduction of chemicals into farming practises in the early part of the twentieth century that sparked the organic movement as a counter to the mass industrialization of agriculture.

The man who gave the name to this environmental movement was British agriculturalist Lord Northbourne, who saw “the farm as an organism”, a living thing that needed to be cared for.

As the organic movement gathered steam in the 1970s, supermarkets caught onto the growing desire for more honest food. But with the direct link between the farmer and consumer broken, it came down to federal organizations such as the USDA to monitor organic production and certify the products that met their standards.

Today, organic food is more popular than ever. Organic sales in the US increased to around $47 billion in 2016, representing more than 5 percent of total food sales.

The Benefits of Organic Food

This meteoric rise in popularity is partly due to greater awareness of the benefits of organic food. For most people, understanding what makes it so special is key to forming their own personal definition of organic food. These benefits are far ranging, from reducing harmful levels of pollution to helping to improve animal welfare standards. But for many people, it’s the perceived health benefits that draw them to organic products.

While there is little evidence to suggest that organic food is healthier than non-organic food in terms of nutritional content, there are plenty of studies that show how organic food can benefit our health in other ways.

One of the main benefits of organic food is the reduction in the amount of pesticides used in food production. This means that organic food consumers can avoid strong chemical pesticides such as Organophosphorus, consumption of which has been linked to autism and ADHD.

The effects of genetically modified food are still being researched but scientists now believe that eating GM food can potentially lead to a weakened immune system. Other studies have shown how antibiotics used in animal feed may be affecting our own immune systems and potentially reducing the effectiveness of treatment when we’re ill.

Research has also shown that antioxidants in certain foods are more effective in organic products.

This may be because there are fewer chemicals to negatively impact on the vitamins, minerals, and organic compounds present in food, meaning that all that good stuff can get to where it needs to be.

If you’re a superfood fan, or considering exploring these powerful supplements to your diet, the general consensus is to go organic. The extra steps you’re already taking to consider your health make it well worth avoiding any potential negatives, like chemicals or pesticides.

Our partners at Superfood World stock an ever-growing range of organic superfoods. Their organic ashwagandha powder is one of the most potent on the market and well worth adding to your daily smoothie.

Read more about the health benefits of going organic here or, for a superfood focus, find out how to spot genuinely organic turmeric and make sure you’re not taken in by poor labels.