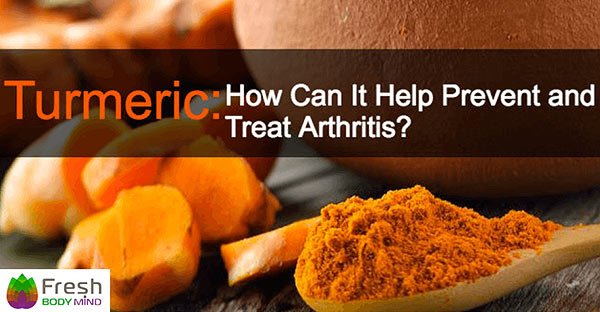 More than 50 million Americans are told by their doctor that they have arthritis every year. Almost half of us will be diagnosed with some kind of arthritis in our lifetime, whether it’s osteoarthritis, fibromyalgia or even gout.

So it’s clear that arthritis is something to be concerned about. Yet so many of us assume the disease is an inevitable part of growing old, or something that runs in the family. However, scientists are discovering that this just isn’t true. Recent studies have shown that arthritis has far more to do with lifestyle than it does genetics, meaning it’s possible to slow down its onset.

That’s where turmeric comes in. Boasting natural anti-inflammatory properties, its effectiveness in preventing arthritis is gaining attention from experts around the world. And rightly so. This superfood has been shown to help ease joint pain and help flexibility, making it an important weapon in the fight against arthritis.

Arthritis takes a few different forms, but the most common is osteoarthritis (OA), affecting a third of people aged 45 and over. This type sees the wearing away of bone cartilage, which cushions the joint. As it erodes, the cartilage becomes roughened, reducing flexibility and making it painful to move the joint.

At the more severe end of the spectrum is rheumatoid arthritis – an autoimmune disease that causes swelling in the joints. Along with pain, sufferers can also develop flu-like feelings, tiredness and depression. Perhaps worst of all, patients usually require lifelong treatment, which could involve physical therapy, powerful drugs and even surgery.

Clearly, arthritis isn’t simply a case of achy joints, but a source of great stress, worry and pain for many people. But thankfully there are steps we can take to keep our joints healthy, starting with one humble root: turmeric.

How Can Turmeric Help?

Turmeric’s anti-inflammatory properties have been celebrated for thousands of years. Starting with its use as a medicine in South East Asia some 4,000 years ago, this bright orange root is used as a spice and medicine to this day.

And thankfully, with a growing interest in natural remedies in the western world, more funding has been pumped into finding exactly what it is that makes turmeric a superfood – and exactly how it can be used to prevent and treat arthritis.

There are dozens of clinical studies into the effectiveness of curcumin – the potent phytochemical found in turmeric – in reducing swelling. But one of the most convincing was carried out in 2007 and published in the International Journal of Molecular Medicine. This research showed that if consumed frequently, curcumin can significantly decrease the levels of the COX enzyme and prostaglandin E2 in the body, helping prevent inflammatory cykotines from attacking joint tissues.

To find the Best Turmeric Supplement look for one with a 95% Organic Curcumin extract such as TRUCURC.

Many doctors have also reported shock at how well arthritic patients have responded to a daily dose of turmeric. In one study of 367 people, researchers even found that patients treated with 1,500mg of turmeric extract per day reported the same improvement as those treated with ibuprofen.

Increase Your Absorption of Turmeric

While there’s nothing wrong with adding an extra spoonful of turmeric to your curries, roast veggies or even lattes, there are several steps you can take to give your body the helping hand it needs to absorb curcumin.

Ginger is another awesome anti-inflammatory ingredient, so try mixing it with turmeric to fight swelling and stiffness. Combining the two in an invigorating tea is one of the best ways to enjoy these superfood ingredients. Just brew a one-inch piece of ginger with a teaspoon of turmeric powder for 15 minutes, then strain the tea and sweeten with honey.

If you want turmeric to target joint pain rather than digestion, try to take it in between meals rather than with them. This should enhance the curcumin’s ability to reduce pain and stiffness due to inflammation.

Use Turmeric Topically to Help Reduce Pain and Stiffness

You don’t just have to eat or drink turmeric to enjoy its full benefits – it also makes an effective topical treatment for arthritic joints too. Just mix together one tablespoon of turmeric powder and enough coconut oil to make a paste, apply to the problem area, cover with a bandage and leave for three hours.