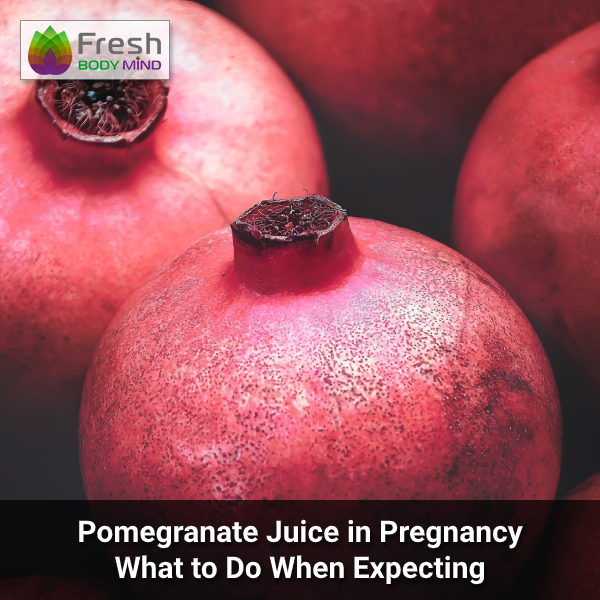 Almost four million babies are born in the US each year, and with each pregnancy, mothers across the country are looking for ways to ensure they’re looking out for their babies, by taking the right supplements and health foods from day one.

With nine months to go, pregnant women often look to fruit juices, to see which ones have all the vitamins and minerals they need to make sure their pregnancies result in happy, healthy babies.

Pomegranate is laden with many of the essential nutrients and vitamins which can help during pregnancy - read on to learn more about the benefits of trying pomegranate today.

As an expectant mother, it can feel like an enormous responsibility, bringing a baby into the world, knowing that the things you eat and drink will have a direct consequence on the health of your baby, as it develops in the womb.

The first trimester is the most important time for your baby, as it will undergo some of the most extensive foetal development during this time, and the risk of miscarriage and at-risk newborns remains high up until the third month of pregnancy.

There are a number of foods and drinks to avoid during pregnancy, whatever you do ingest will almost certainly end up in your bloodstream, and pass through the placenta, directly into the bloodstream of your unborn child. Things like alcohol and processed foods are strictly off-limits for obvious reasons, but there are a number of tasty fruit juices that you can try during pregnancy for healthy baby growth and intrauterine growth restriction iugr.

But just why is pomegranate juice good in pregnancy, you may ask. That’s because this juice is full of micronutrients called polyphenols, often found in many plant-based foods. A healthy baby needs a healthy mother, and polyphenols are known for having a number of health benefits including helping stave off oxidative stress and the damage that can be done to body cells by free radicals.

The Third Trimester - All in the Mind

Just 16 days after conception, your baby’s brain will start to take shape. The neural plate, which is the foundation for the brain and spinal cord, cabling network and brain development, starts to grow, by twisting and morphing into groove-like shapes, forming what is called the neural tube.

The neural tube will start to close, and then curve in a way which causes the different parts of the brain to suddenly expand and grow, like inflating balloons. At the same time, your baby’s nervous system begins to expand, with intricate networks of nerve endings starting to branch out across the foetus’ body.

As the neurons and synapses form, the baby starts to be able to move its body, and the first movement it makes is crucial - curling itself up into the fetal position, to prepare for birth, just six months later. But it’s all early-days, and you won’t feel the movement until the baby starts to grow much larger.

In the meantime, the third trimester is the time during which your baby’s brain is starting to take shape, and you need all the right nutrients to help ensure that this process isn’t impeded in any way. Fortunately, pomegranate juice and pregnancy go hand in hand, especially during this sensitive time for your unborn child, as the juice has been found to actually have positive effects on the health of baby brains during pregnancy. 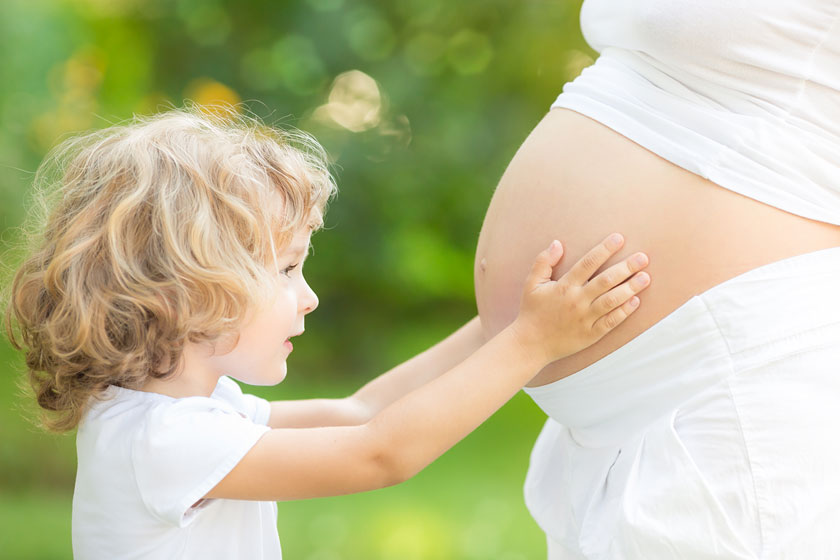 Why Pomegranate is Good in Pregnancy

The placenta offers something of a lifeline to your unborn child, through the protective effects of the umbilical cord, helping pass blood, oxygen and nutrients from your body into your baby’s.

Lack of blood flow to the foetus can result in what is termed hypoxic-ischemic injury, a form of brain damage, which may affect the development of your unborn child’s brain.

A study published in the journal PLOS One in 2019 showcased how consumption of pomegranate resulted in a noticeable change in the brain structure of foetuses, particularly in white matter organisation and the functional connectivity of the brain itself.

The study concluded that, being exposed to pomegranate juice, although it had not shown conclusively, there is preliminary evidence that pomegranate can have a dramatic impact and protective effects on the overall growth of baby brains during pregnancy, the juice certainly helped improve the network of brain tissues, as development measured by synchronous blood flow and visual development of the brain.

One of the chemicals that could help ensure improved brain development could be the high level of polyphenols within pomegranates, as these micronutrients are known to be capable of crossing the blood-brain barrier, and have also been known to help protect animals against the effects of degenerative diseases that specifically affect the brain itself.

Should You Give Pomegranate Juice to Babies?

As you prepare to give birth, after a nine-month journey with your baby, you might be wondering, is it right to consider giving pomegranate juice to babies right after they’re born? If the juice is good enough for grown adults, it should be fine for babies too, you might think.

In actual fact, your baby needs to have a gentle introduction to food and drink. Healthy newborns don’t actually need the same things grown adults do, like food, juice or water. That’s because human beings, like most mammals, feed their young using breast milk, to begin with.

By the eighth month, your child should be able to drink out of a sippy cup, and pomegranate juice for toddlers should be an especially easy addition to make to your child’s diet, but it should always be diluted and given to your child in a free-flow cup, as the natural sugars may risk damaging your child’s milk teeth, causing potential decay.

With that in mind, once the gestational age is reached, pomegranate is a great addition to your child’s diet, especially as young children, including toddlers, can be vulnerable to a number of bugs and infections, and there is evidence to suggest that pomegranate juice could help keep your child better-protected against infections.

A study published in the Evidence-Based Complementary and Alternative Medicine Journal in 2013 suggested that pomegranate extracts placed in a watery solution showed great anti-bacterial qualities, once placed in a dish along with samples of E. coli, a bacterial infection that is particularly harmful to children aged under five and especially at-risk newborns.

Pomegranate is a nutritious and delicious juice to add to your own diet during pregnancy, but also to the diet of your child, once they’re old enough to be able to start moving on from breast milk and formula.

Just remember to watch out for the sugars that naturally occur in the juice, by making sure to dilute the juice before letting your child drink it. This helps your child feel the benefits of the juice, while maintaining healthy teeth as they grow.

Pomegranate Juice in Pregnancy – What to Do When Expecting