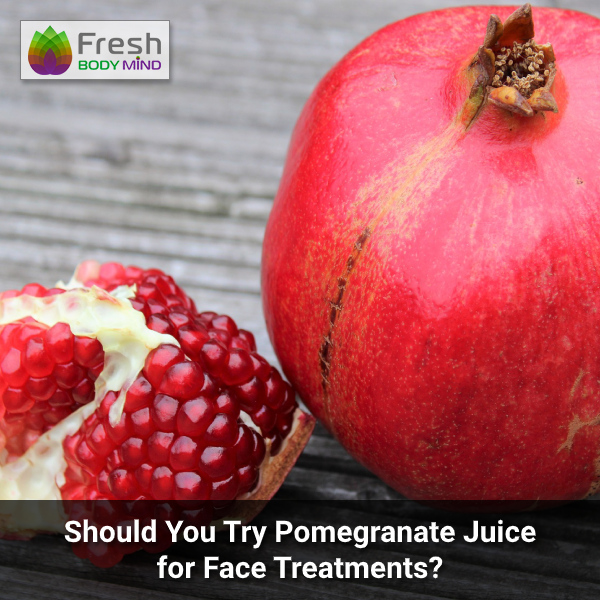 Acne can seriously knock your confidence, but don’t worry - you’re not alone. It’s estimated that as many as 40 to 50 million Americans suffer from acne, making it one of the most common skin conditions in the country.

One of the main symptoms of acne is a large number of spots that tend to appear on the face. Acne also results in oily skin or makes skin sensitive and irritated, or even hot to the touch.

It might not sound like a serious condition, but it’s estimated that Americans pay for acne therapies costing a total of $1 billion each year, while we spend as much as $100 million annually on over-the-counter treatments and products to help manage the condition.

It typically affects adolescents, but you don’t just have to be a teenager to get a bit of acne too - it is an incurable condition, but there is growing evidence to suggest that there are natural ways of alleviating the symptoms of it, at the very least, including the application and consumption of pomegranate. Read on to find out more.

The Causes of Acne are Skin-Deep

Acne is usually associated with marked changes in hormone levels and skin cells in the human body, most commonly associated with puberty, but this doesn’t stop people of all ages from getting the condition at some point in later life.

A certain cocktail of hormones released by the body result in the sebum glands producing excessive quantities of oil onto the outer layers of the epidermis, the skin’s outer layer.

Excessive quantities of sebum react with the naturally occurring bacteria that live on your skin, upsetting the natural balance of your microbiome, causing all kinds of complications for your complexion.

The bacteria react aggressively to the excessive amount of sebum on your skin, causing a chemical reaction which results in inflammation of the skin, and a growing number of pus-filled spots start to form in the places where the pores open out onto the epidermis.

A side-effect of these hormones also means that the hairs around the pores thicken the inner lining of hair follicles, blocking up the pores even further. As a result, a simple rose water skincare routine, with all those deep cleanses, isn’t enough to clear up the condition, as it is literally skin-deep. 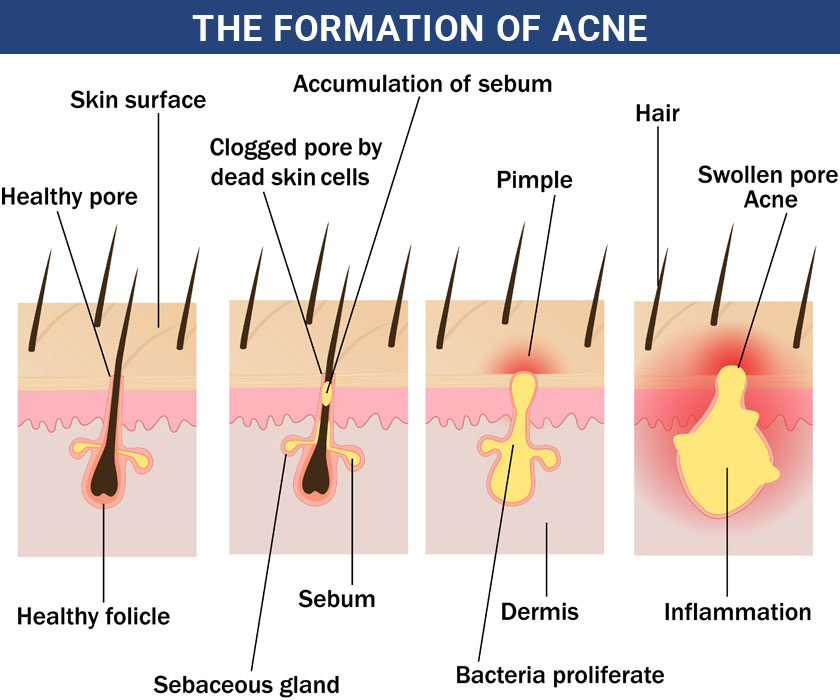 As mentioned, acne is still incurable, but it tends to clear up when people with the condition hit their mid-twenties, although the condition can often disappear or recur a few times during this period.

If you’re finding the condition seriously affecting your self-esteem, it’s understandable that you’ll be wondering whether there are any dietary changes you could be making, to alleviate the symptoms or even better, something which can reverse them altogether, and clear up your complexion.

Pomegranate is known for being rich in essential vitamins and minerals, but also has other properties, which make it the perfect acne-busting fruit.

It might sound odd, imagining using pomegranate for face treatments or as a means to improve your skin, but there’s scientific evidence to suggest it can actually help make a meaningful difference in improving your complexion and daily skin care, especially if you have acne.

That’s because a study published in the journal Scientific Reports in 2019 referred to the fact that there have been published findings detailing experiments carried out in laboratories using the fruit. These experiments suggested that pomegranate extract had been found to actively inhibit the in vitro growth of P. acnes, the bacteria ultimately responsible for the development of acne.

That’s not the only bit of encouraging news - a study published in the International Journal of Medical Sciences in 2017 revealed that extracts of pomegranate fruit were found to inhibit bacterial growth and lipase activity.

The study particularly drew attention to the high presence of hydrolysable tannins, which were claimed to have a number of anti-acne properties, supporting the idea that pomegranates had some role to play in helping reduce the inflammation associated with the condition.

The authors of the article theorized that the hydrolysable tannins present in pomegranates were able to damage the structural integrity of bacterial cells, targeting the proteins that each bacterial cell needed to function.

Under a microscope, scientists observed marked shrinkage of P. acnes cells, following exposure to the tannins found in this fruit. If pomegranate extract were to be used as a serious treatment against the kinds of bacteria that cause some of the key symptoms of acne, the scientific evidence suggests that extracts of this fruit could do much to reduce irritation and lessen the severity of symptoms.

Using the Juice for a Clearer Complexion

While pomegranate extract has been found to have a marked effect on the bacteria that are associated with acne, that doesn’t mean having to head straight for the fridge and start applying pomegranate onto your face, as part of your beauty regime every day, to clear up the acne for good.

A simple glass of juice could be sufficient to ensure a clearer complexion, as part of a well-balanced diet.

Did you know a glass of pomegranate juice contains three times as many antioxidants as green tea and red wine? Why not substitute either of those drinks for some of this super-juice instead? Make the change today, and see whether it tackles the acne more effectively.

These antioxidants are all integral to helping protect cells in your body from damage by free radicals, and also do their bit to protect them against inflammation, a particular symptom associated with acne. There are a plethora of pomegranate juices available in most stores - the only thing to be mindful of is purity.

If you really want to make sure you’re getting exactly what it says on the carton, always check to see whether your juice is diluted in any way, to help you pick purer brands and really feel the effects today.