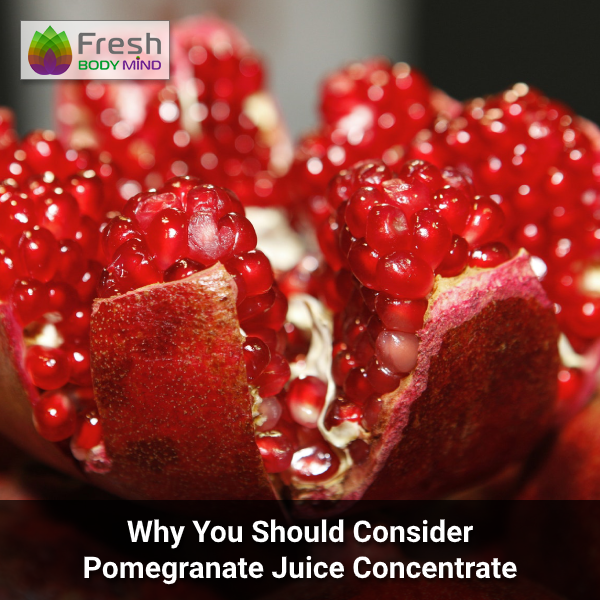 There’s nothing better, when it comes to a healthy diet, than going straight to the source for all those essential nutrients. As nature intended, without artificial flavourings, colourings or preservatives.

That’s why it might be time to consider switching a glass of good old orange juice in the morning for a glass of pomegranate concentrate instead. Most juice brands offer a variety of the juice, but you never know what might be inside it, which might be keeping it from being 100 per cent pure pomegranate juice.

Read on, to learn how to get the best out of organic pomegranate juice supplements.

If in Doubt, Go Organic with Pomegranate Juice Concentrate

Did you know that some organic juice brands claim to have juices 25 times stronger than the regular juices you’ll find in the store? That’s because so many juices of all colours and tastes are often massively diluted, with a fraction of the purity that’s found in the fruit from which they were extracted.

You might have found what seems to be a carton of what purports to be pomegranate juice, claiming it’s been made from “100 per cent fruit juice”, but it always helps to have a healthy dose of scepticism when it comes to picking the juice you’re looking for.

Saying “100 per cent fruit juice” is simply a clever marketing way of saying a carton of juice is technically made entirely from natural fruit juices - the only thing is that it might not be entirely from pomegranates, and that’s a shame, if you wish to feel the benefits of this delicious fruit.

Why Concentrate Wins Every Time

Why are pomegranate extracts so good? A study published in the International Journal of Endocrinology and Metabolism in 2016 explains precisely why.

Studies on the effects of pomegranate are easy to read about, but there have been a notable shortage of trials conducted, to explore the benefits of the juice in its purer, concentrated form. This 2016 study saw 40 patients diagnosed with Type 2 diabetes consume 50 grams of concentrated pomegranate extract each on a daily basis, for four weeks.

When the study concluded, a number of parameters were examined and compared with the baseline observations made before the study began, and the results were highly encouraging. Intake of the juice in concentrated form led to a marked increase in high-density lipoproteins (or “good” cholesterol), which can help ensure a healthier heart.

In addition to this, the study observed that consumption of concentrated pomegranate resulted in increased concentrations of antioxidants in the blood plasma of the diabetic patients. These antioxidants help stave off the damage to body tissues caused by chemicals called free radicals. 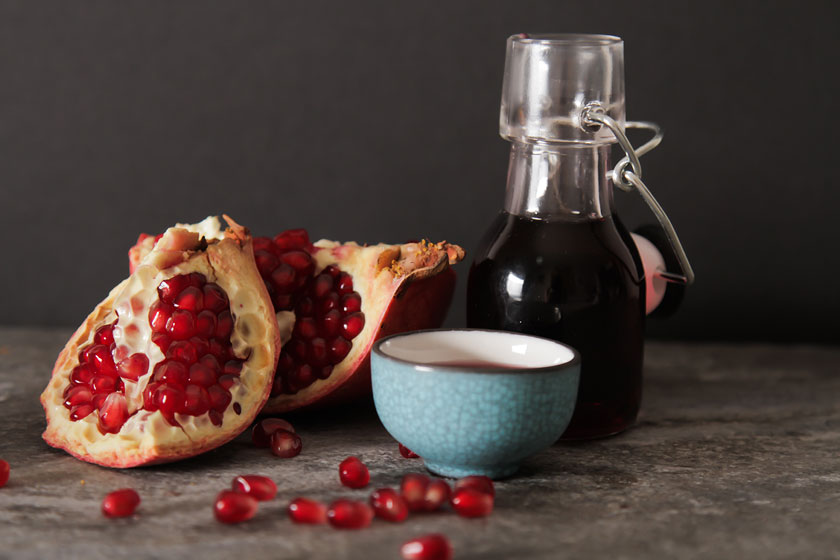 The benefits to be had from switching to pomegranate concentrate don’t end there - a study published in the International Journal for Vitamin and Nutrition Research in 2006 found even more encouraging news.

The study, conducted in Iran, saw 22 diabetic patients, who suffered from hyperlipidemia, being given samples of concentrated juice for eight weeks. After this period of time had elapsed, scientists observed that the patients had shown a marked reduction in the number of low-density lipoproteins (“bad” cholesterol) in their bloodstreams.

In conclusion, the study suggested that regular consumption of pomegranate concentrate could help “modify heart disease risk factors” in patients suffering from hyperlipidemia like those who participated in the study.

Go Back to the Source

With so many types of juice to choose from, the choice should be simple - why go for a watered-down version of the juice, when you could easily find something closer to the source, in a more concentrated form?

Organic pomegranate juice concentrate might taste different to other varieties, as it will certainly be sharper. Perhaps you might find the taste to your liking. In case it’s too strong for your taste buds, you can always dilute it with a little bit of water.

This juice is unlike any other you will have tried, and it is becoming increasingly clear that it is especially effective at maintaining a healthier heart – so, give pomegranate juice concentrate a try today!

Why You Should Consider Pomegranate Juice Concentrate