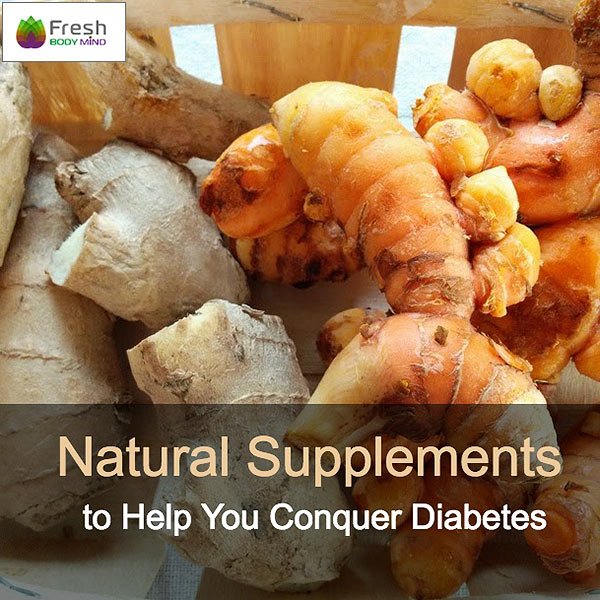 A healthy diet, exercise and medication are the cornerstones of any successful diabetes treatment. But there are further actions you can take to help your body conquer the disease.

Certain herbs and supplements have been used for years to help prevent and treat some of the conditions linked to diabetes, including high blood pressure, low blood lipids and insulin sensitivity. So whether you’ve been diagnosed with the disease or are at high risk of developing it, check out these diabetes-fighting supplements.

Diabetes is a life-long health condition that occurs when blood sugar levels build up to dangerous levels. This is all down to insulin production. When you have diabetes, your body either doesn’t make enough insulin or it can’t use its own insulin as well as it should. This causes glucose levels in the blood to rocket, potentially leading to serious health complications.

There are two main types of diabetes: Type 1 and Type 2. Although they’re caused by different things, both types require medical treatment as well as a careful consideration of diet.

From helping ease arthritis to decreasing inflammation, there’s not much turmeric can’t do. And treating diabetes is no exception. Studies have shown that carcumin – the compound that gives turmeric its bright orange color – actually has the ability to lower blood sugar levels. One recent study found that those participants who took just 300mg of concentrated curcuminoids experienced an 18 percent decrease in blood sugar levels.

And it doesn’t stop there. Research into the potential of curcumin to prevent diabetes has shown positive results. A 2012 study of more than 200 prediabetics concluded that taking 1.5 grams of curcumin a day for nine months can actually boost beta-cell function and prevent the development of Type 2 diabetes.

As most of these studies use a highly concentrated form of curcumin, to guarantee results it’s worth investing in organic turmeric powder containing high levels of curcuminoids. That way you can enjoy the delicious taste of turmeric in your cooking, while also making the most of curcumin’s health benefits.

Ginger doesn’t just pack a flavor punch, it has impressive nutritional clout too. As well as helping ease nausea, malabsorption and inflammation, studies suggest that ginger may improve some diabetes symptoms. One 2014 study into the effect of the root on insulin resistance found that taking 3 grams of ginger daily could reduce fasting blood sugar and HbA1c levels. Other studies have produced similar results, suggesting that a regular dose of fresh ginger can reduce blood sugar levels.

Cinnamon might be a tasty addition to cakes, drinks and cookies, but did you know it’s also packed with medicinal properties? And when it comes to its role in helping manage diabetes, the evidence is promising. Clinical studies frequently suggest that cinnamon may help boost insulin resistance, fight inflammation, as well as reduce the body’s absorption of glucose after a meal. That being said, the results are not consistent. While some studies have produced incredible outcomes, others have recorded little effect.

So while cinnamon is clearly not going to be an overnight fix, it may well be worth stocking up if you’re attempting to both prevent and manage diabetes. Just make sure you invest in Cassia cinnamon – a variety that has shown the best results in clinical studies.

Researchers have long recognized the importance of magnesium to health. With benefits ranging from reduced anxiety to better heart health, this vital mineral plays an essential role in our bodies. But it’s only recently that scientists have explored the importance of magnesium in relation to diabetes. One recent review involving more than 600,000 participants found that those who consumed the most magnesium-rich foods were 17 percent less likely to develop diabetes later in life.

Although the study was only observational, from the results it’s clear that increased magnesium is definitely beneficial. And with 75 percent of Americans estimated to be lacking in this vital mineral, it’s a good reminder that we should all be upping our intake.