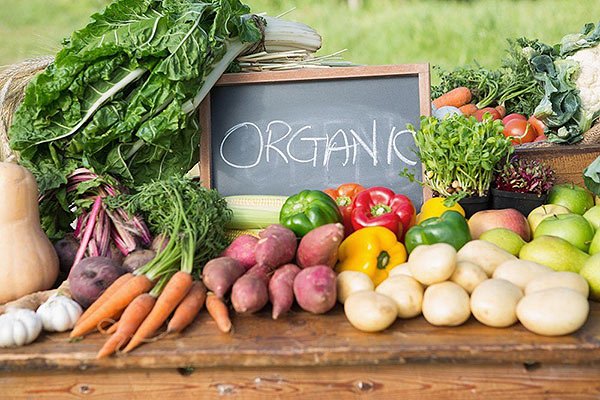 We all know that organic is best for our health, but few people know exactly why. So we’ve turned to some of the most recent scientific studies to find out more. From boosted immunity to brighter skin, we explore the top health benefits of going green.

Antioxidants are great for our health. Not only do they keep our skin looking brighter but they can help reduce the risk of developing heart disease and even cancer. And luckily, organic food has been proven to contain bucketloads of vital compounds such as phenolic acids, flavonols and anthocyanins.

The first study to demonstrate significant differences between organic and conventional fruits was carried out in 2014 by Newcastle University. Amazingly, the scientists found that the range of antioxidants in organic foods was up to 69 per cent higher than in regular produce – an increase that is equivalent to “one to two of the five portions of fruits and vegetables recommended to be consumed daily,” according to the researchers.

The US farming industry gets through a lot of pesticides per year. One billion tons of the stuff in fact. A 2008 USDA report even revealed that some varieties of fruits and vegetables contained as many as 67 types of pesticides in one product. This is worrying news considering the results of a study by the National Cancer Institute (NCI), which revealed that people with high exposures to pesticides, such as farmers, are more susceptible to a wide range of cancer types. So to stay clear of pesticide residues, always try to buy organic.

In recent years, one of the biggest questions for farmers, governments and consumers has been over genetic modification. While GM farming could arguably solve some world hunger issues, but nobody quite understands the long-term risks.

But of the few tests that have been carried out, the situation doesn’t look good. One 2012 study found that animals fed a GM diet suffered mammary tumors, as well as severe liver and kidney damage. The researchers found that half of males and 70 per cent of females died prematurely, compared with only 30 and 20 per cent in the control group.

On the contrary, organic produce may play a part in stimulating our immune systems. In a 2012 study, Italian and Danish researchers found that organic carrots encouraged an increase in Immune T cells when fed to lab mice.

Widespread antibiotic resistance is a very real, very dangerous, threat. But did you know that animals in the USA still consume twice as many antibiotics as humans?

So where does that leave us? Well, according to the authors of a number of recent studies, it’s not good news. Prompted by concerns over antibiotic abuse, the 2015 Review On Antimicrobial Resistance called for producers to dramatically rethink the way they treat sick animals, or face a global disaster.

Faced with lowered immunity through overuse of antibiotics, the benefit of eating an organic, vegan diet is obvious. And not only does fighting back against drug resistance benefit your own health, but it can have a huge effect on that of others too.

Not everybody has the time nor money to turn 100% organic. But just because you can’t go the whole hog, doesn’t mean you can’t capitalize on green eating. So the next time you go to the grocery story, shop savvy with these organic tips:

Remember The Dirty Dozen And The Clean 15

Not all foods are affected in the same way by pesticides. For example, while you can peel the skin off a kiwi or a mango, it’s impossible to fully clean pesticide residue off soft fruit such as strawberries and peaches. So keep in mind this list the next time you go shopping:

It’s always cheaper to buy foods such as grains, nuts and seeds in bulk. So stock up on all your organic essentials in one fell swoop (plus, it means you always have something in the cupboard for dinner!)

To maintain their goodness, fresh fruit and veggies should go from field to plate as quickly as possible. So as well as buying organic, always try to buy locally and seasonally. Not only will the produce be tastier and healthier, but you’ll be supporting local businesses too.