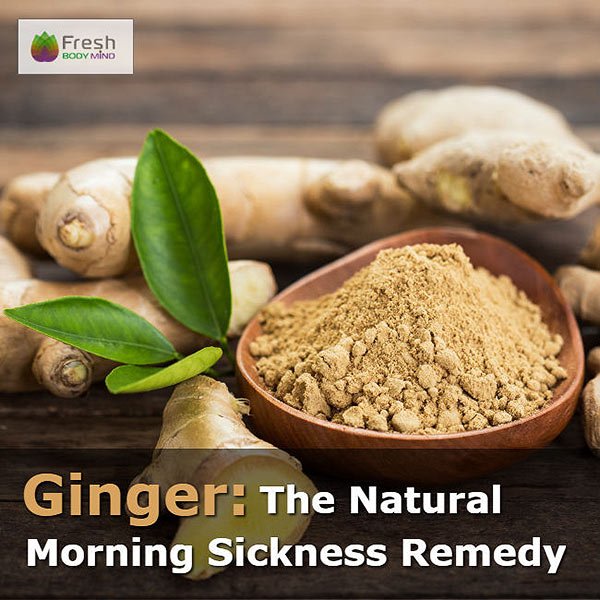 Morning sickness is something that affects most women in the early stages of pregnancy. In fact, up to 90 per cent of pregnant women experience nausea or even vomiting, with some experiencing symptoms for the whole nine months. But while morning sickness might be unpleasant, there are steps you can take to reduce the symptoms. Ginger has long been touted as an effective remedy for pregnancy-related troubles, and research now confirms that this superfood really can help. Here, we explore exactly how this superfood soothes the stomach to help ease morning sickness.

Morning Sickness: What Causes It?

Morning sickness is so named because many women report feeling nauseous first thing in the morning, during these early stages of pregnancy. In reality, pregnancy sickness can strike at any time – and sometimes even stick around all day. The good news is that although feelings of nausea might be intense for some people, the symptoms usually ease by the 14th week, with many women feeling far more energized and healthy for the rest of their pregnancy.

Morning sickness might be common, but scientists have yet to identify its exact cause. Research suggests that it is connected to the hormone human chorionic gonadotrophin (hCG), which is produced in large quantities until the placenta takes over the job of nourishing the baby. On top of this, hormones such as thyroxine and estrogen are thought to play a role causing morning sickness. The good news is that, while unpleasant, nausea is a good sign that your pregnancy hormone levels are high.

The Stomach Soothing Power of Ginger

Ginger is one of the most well-known natural remedies for stomach pains. From food poisoning to indigestion, this superfood root has been shown to soothe the stomach and alleviate nausea, including that caused by pregnancy.

Research into the medicinal benefits of Ginger suggest that this superfood works by increasing gastric contractility and speeding up gastric emptying.  By reducing the gastro-intestinal transit time of food, this spice can help reduce feeling of nausea.

What's more, over recent years a number of studies have illustrated its effectiveness in tackling pregnancy related nausea. In one study of 30 pregnant women experiencing severe vomiting, researchers found that those who took one gram of Ginger a day for four days reported more relief from vomiting than those who took a placebo. In a larger study of 70 pregnant women with nausea and vomiting, those who got a similar dose of Ginger felt less nauseous and did not vomit as much as those who received the placebo.

Importantly, these studies found that Ginger was harmless and did not pose a risk for side-effects or adverse events to either the mother or baby.

How to Take Ginger for Morning Sickness

Fresh root Ginger is pungent and spicy, and delicious when cooked in stir fries, curries, or juiced and added to smoothies or teas. But fresh Ginger isn't the only way to enjoy this superfood spice. Ginger powder is also a great alternative, offering the same stomach soothing benefits and punchy taste as the fresh root.

Ginger tea is a surefire way to ease nausea and soothe your stomach. Plus, it couldn't be easier to make. Simply add ½ tsp Ginger powder to a mug of boiling water and allow the tea to steep for 10 minutes before straining. Add a slice of lemon for an energizing pick-me-up.

Many women swear by Ginger cookies when it comes to warding off morning sickness. But to avoid all of the extra sugar, why not make a batch yourself? Look out for healthy recipes that avoid refined sugar and processed grains.

For instant nausea relief, simply add sufficient Ginger powder to raw honey to make a thick paste. Put a spoonful on your tongue and wait for it to dissolve.

Get Your Ginger Superfood Fix Today

From fighting the flu to easing inflammation, a lot that Ginger can do – including tackling morning sickness. Backed by a wealth of clinical studies, Ginger is the perfect natural remedy for nausea and vomiting caused by pregnancy. And thanks to its delicious punchy taste, it couldn't be easier to enjoy the stomach soothing benefits of this everyday superfood.

To find out more about the power of everyday superfoods, check out our blog post on the health benefits of Ceylon Cinnamon.