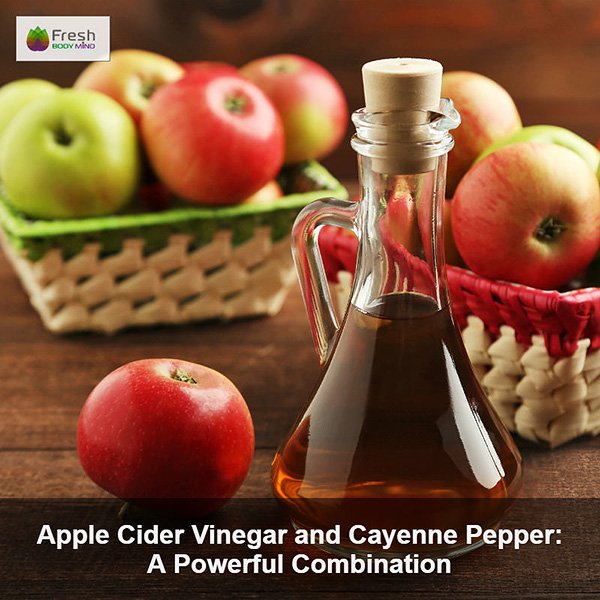 What is Cayenne Pepper?

Cayenne pepper is a specific type of hot chili pepper that is commonly dried and ground. This powdery substance is often added to food recipes to provide a ‘kick’, extra flavour and health benefits. It is also known to have formed part of Native American diets for at least 9,000 years!

Cayenne pepper is a source of Vitamin C, Vitamin B6, potassium, flavonoids, Vitamin E and manganese. It also contains a substance called capsaicin, to which many of its health benefits are attributed.

Researchers have found that eating food containing capsaicin can increase the metabolism by around 8 per cent. That’s great if you’re eating spicy food every day, but for those of us who want to retain some taste buds, there’s always cayenne pepper pills!

What is the Apple Cider Vinegar Diet?

Supporters of the use of cayenne pepper for weight loss also often recommend the Apple Cider Vinegar diet, which has been found to help reduce appetite and help the body to rid itself of fat.

Apple Cider Vinegar benefits your health and wellbeing and so does cayenne pepper. Therefore many detox plans advise that these two potent ingredients are mixed together.

What are Other Health Benefits of Cayenne Pepper and Apple Cider Vinegar?

As well as helping you lose weight, ACV and cayenne pepper are widely believed to help your body to detox, help reduce cholesterol, bring down blood pressure and boost immunity.

People have been combining these two natural ingredients, sometimes with others such as cinnamon, lemon and ginger (yum!), to make flavoursome health drinks for years.

Cayenne pepper is also a great healthy stimulant for those who might want to kick the caffeine habit. Remember, chili peppers have been used to boost alertness for centuries.

Can I Take Cayenne Pepper and Apple Cider Vinegar Pills?

If you aren’t keen on the idea of having to deal with the strong taste of Apple Cider Vinegar and cayenne pepper, both these incredible heath-giving ingredients are available in pill form!

If you’re feeling a bit flat, or if you would like to start the day with an immunity-boosting, detoxifying drink, it’s worth giving a combination of Apple Cider Vinegar and cayenne pepper a go.

It’s a tried a tested formula that actual tastes pretty great. If you can’t stomach the idea, convenient cayenne and Apple Cider Vinegar pills are available to ensure everyone can enjoy the benefits of these health-giving natural ingredients.