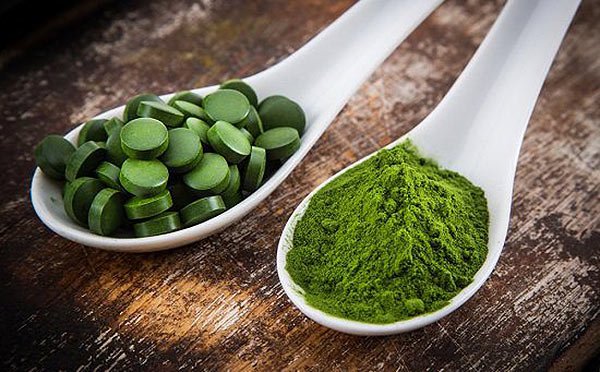 When it comes to superfoods, spirulina is in a class of its own. This bright green algae might not look like much, but it boasts a nutrition profile that’s attracting the attention of scientists and nutritionists around the world.

To date (2016), there are nearly 1,200 peer-reviewed scientific articles evaluating the health benefits of spirulina – many of which have shown that it can boost immunity, fight allergies, protect the brain and regulate blood pressure, as well as offering myriad of other benefits.

Sometimes confused with the similarly algae-coloured chlorella, spirulina is in fact entirely unique, offering a cocktail of health benefits that are impossible to ignore.

As one of the world’s most nutritionally complete superfoods, there aren’t many reasons not to add spirulina to your diet. With four times the antioxidants of blueberries and containing more protein gram for gram than beef, poultry, fish and soybeans, its health credentials are astounding.

Whether you consume it in tablet or powder form, adding a daily dose of spirulina to your diet can enhance your immune response, improve digestion and ease inflammation – as well as potentially leaving your body better prepared to fight diseases such as cancer or heart disease.

Spirulina could also offer some amazing global benefits, with scientists suggesting it could hold the secret to sustaining the world’s growing population. Not only is this single-cell organism packed with most of the protein and nutrients we need to thrive, but it’s also able to withstand extreme temperatures and harsh environments.

Spirulina’s bright green colour is down to its high concentration of chlorophyll – one of nature’s most potent detoxifying agents. This means it can help remove toxins from the blood by binding to heavy metals and radioactive isotopes.

Scientists have even suggested spirulina could be an effective tool in treating patients suffering from chronic arsenic poisoning – a deadly but common problem in South Asian countries.

Suffering from a blocked nose, itchy eyes and sinus pain is no fun – especially when it seems like nothing can shift your symptoms. Thankfully however, spirulina may be able to help.

According to a study published in the Journal of Medicinal Food, patients with nasal allergies showed significant improvements after taking a daily dose of spirulina. Researchers found that the levels of cytokines and interferons – immune system signals that send alerts to immune ‘fighters’ – were far higher after participants took a dose of this superfood.

Spirulina contains particularly high levels of iron - around 28.5 mg per 100g, according to the USDA. Essential in the production of haemoglobin, which in turn is needed to circulate oxygenated blood, iron is a core contributor to overall blood health.

However, constipation is a risk with a lot of iron supplements. Fortunately, spirulina doesn’t tend to have this problem and for vegetarians and vegans in particular, it’s a great source of extra iron to keep blood healthy and energy levels high.

Exercise-induced oxidative damage is a major contributor to tired muscles, especially among athletes. The antioxidant properties in spirulina work to reduce this damage, enhancing endurance and decreasing the time it takes for the body to jump back after exercise.

Our modern diets, rich in sugar and refined carbohydrates, have created a perfect environment in our bodies for candida. While it is a certain level of candida in our bodies is natural, an imbalance can leads to problems like yeast infections and low energy.

But Spirulina is here to help. Studies in animals have shown that the supplement is an effective anti-microbial, especially against candida, and helps promote the growth of healthy bacterial flora in our gut, keeping that all important balance in tact.

Research is now being conducted into the antiviral properties of Spirulina including its ability to affect CD4 cells (white blood cells that help fight infection) in HIV patients.